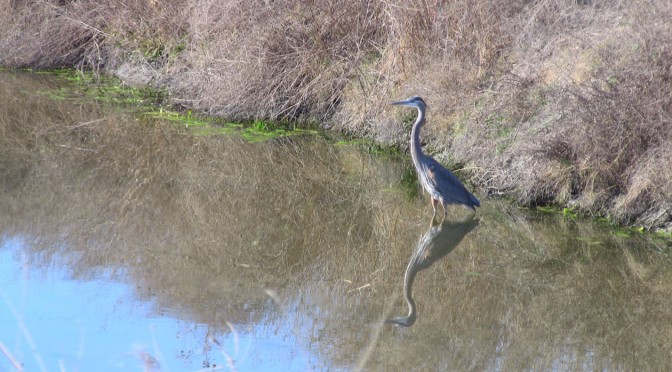 I was talking to a lady whose son had spent a good part of his life dealing with a condition that affected his kidney functions from the age of two. She and her husband, both in their twenties then, were shocked and could not believe that they were chosen to face this crisis. In the early seventies medical care in India and Bangalore was still work in progress and it was hard to find help for specific, unfamiliar illnesses. The parents realised they were faced with a tough challenge; their two year old first born had a condition that would affect his life for years to come. They went from doctor to doctor and hospital to hospital till they were guided to one a short distance away from Bangalore that knew exactly what to do. When they arrived, they were told that there were no beds available. The young father pleaded his case and a senior nephrologist, sensing his anxiety, made place in an unfinished hospital room. This was a tremendous gesture as it would help the boy move towards redemption and recovery.

The child went through a kidney biopsy and was put on a heavy dose of steroids. The magic at this hospital’s department of Nephrology was that they knew exactly how to administer the medication; it had to be given in a high dosage every alternate day for a period of time and then tapered off slowly. This worked well for the boy and gradually brought him into remission. Though he went through many relapses, the periods of remission were blissful periods for him as he felt as normal as anyone else. They also allowed him to go back to school while the remission lasted.

His mother decided to treat him as normally as possible, hard as it was. This, she thought, would be a gift to him in time to come, as he would face many challenges and would have to manage what life threw at him. Whenever the condition reoccurred he would be on a strict diet that would mean very little salt, limited water intake and few eating options. One day they were at a family function where the boy became very hungry at the sight of food. He reached out to it and ended up dropping it, but continued to eat it off the floor, much to everyone’s surprise. These were moments that were hard for both parents and child as they were forced to deny their son a lot of things.

The mother and son spent many days a month in that hospital and would come back home when they could. The hospital too became like home. They would hop onto a train frequently to make the trip up and down. The train rides, the platforms, the hospital corridors, even though messy and dirty at times, all seemed to look interesting and exciting.

The funny thing was that the mother never made her son feel he was ill. She treated him as if he was a normal child. He never felt the need to be considered differently and started enjoying his time in that hospital. His body would swell up and retain water. This would make it difficult for him to run around. He would often be hungry or thirsty, not enjoying the food he was given. He would wait for those few times a month when the hospital canteen would make a sponge cake that would be served to him and that would be his most exciting time. He had to manage with all the restrictions.

In spite of the difficulty his mother would encourage him to move around the hospital. They would go for a walk around the campus and on to the street outside in the evenings. They made a few friends along the way. A lot of people would stare at that boy from time to time as he looked a little different. But his mother never looked at life negatively and just helped him grow like any other child.

He was hardly able to go to school and missed a lot of it. His mother was his teacher or as she would say “the person who tried to allow him to see, listen and understand the world through his own understanding” and never forced an opinion on him. He would ask her a lot of questions and she would not always have the answers. However she would say that they could try to find the answers together. She wondered whether he could eventually complete or do the best he could in school as he was struggling with every subject and found some concepts difficult.

For the parents of this boy their main requirement from a school was that their child should be understood. The facilities or the campus or what syllabus the school followed hardly mattered; what they needed was to find a group of educators to form a relationship with and help their son evolve. Both parents believed that every exposure or experience their son was going through was an important part of his education and they were willing to accept what faced them. They found no fault with the world around them.

They told their son the things not up for discussion were the core values of the school. He would have to eat the school food, travel in the school bus and there would be no exemption requests from his parents. If he felt he was faced with an uncomfortable situation or problem it would be up to him to dialogue with the school and see how he could sort it out. They would not step in unless the school called them in.

Children learn so much from what parents say and how they react. It’s almost like they are an extension of their parents. So often children echo their sentiments exactly and when you interact with them it is like deja vu! A child has so many teachers outside of the classroom that he or she needs all factors to collaborate.

This young boy lucked out in some ways. He actually found a group of friends that treated him normally. They never made fun of him or feel that he did not know things they did. They saw in him a lot of positives and as an equal. Amazing! How much of a positive impact children can have on each other when left to their own devices. He was accepted by his friends for what he was and never felt inferior or disadvantaged. This was a major factor in his education and as important as the literacy he was trying to imbibe.

Nature began to take its course as the boy grew. He was on treatment and was starting to feel better and spend more time in school. Keeping up with the class was hard and he would struggle from time to time. The good thing was that he was free of expectation! No one expected anything from him. His parents just encouraged him to live life one day at a time and enjoy every moment. They would laugh together in the evenings. When he talked about problems in school they would ask him how he was dealing with them rather than just defend him.

The boy started to ask his parents about their lives when they were growing up. His father was a great achiever in school and college; a star sportsman and good at everything he did. His son idolised him and wondered if he could ever be like his dad. He tried to do his best at things his father was good at but struggled and waited for his father’s approval. When the response was not positive he would avoid his father. The latter was sensitive and played the role of comfort person; he would always know when his son was falling ill again. This would bring out a softer side. The boy says his mother was stronger in that sense and helped him handle stressful situations with strength. He says he learnt everything he does today from the way his parents dealt with issues and life in general.

Even though the family was unsure of what lay ahead they decided to take it one day at a time or one phase at a time. Every moment was worth the experience. The way you are treated does matter! Teachers can be harsh, caring, encouraging, matter of fact, aloof and so on. As a child you somehow have no option but to deal with all this. May be this boy faced many challenges and fought hard to feel normal or be accepted by his peers. May be at times he went out of his way to do this. He even told me that he would rebel or react angrily to seek attention.

The memories of his parents doing what they did as well as the truthful education he got from his school were the boy’s biggest learning. His time at school was all about understanding and managing certain realities that faced him. The opportunity to deal with all this was what made a difference. There were moments of fear, anger, defiance, lack of success and joy that were a part of growing up. They were his best learning days and he remembers them with a smile and much reflective thought. He also says that his parents were his greatest teachers; maybe he had special needs or maybe he had certain challenges that are dealt with better today. His mother says she knew he would struggle with certain things in school and that the struggle would be short term. She did what she thought was best, which was to accept and just enjoy the parenting.

Though his parents had no expectations from him the boy had some dreams of his own and would pressurise himself. He says that he felt afraid of not making it through high school and wished he could be good at things he struggled with. He got through school and made it to college and went on to follow his dreams.

When he looks back he says that he would not change his past and has more fond memories than sad. He feels blessed that he went through those trying times and attributes all those experiences to his learning. He says with a big smile that he is happy doing what he does today and would not change a thing!

One thought on “A Different Education”